There's also an interview about the new features in KitKat.

Then there's this somewhat less relevant Patterns, Shmatterns talk I did about software design patterns.

All of the slides from the Android talks are posted on Romain's blog.
Posted by Chet Haase at 6:37 AM No comments:

I've written this article about preparing and giving presentations: 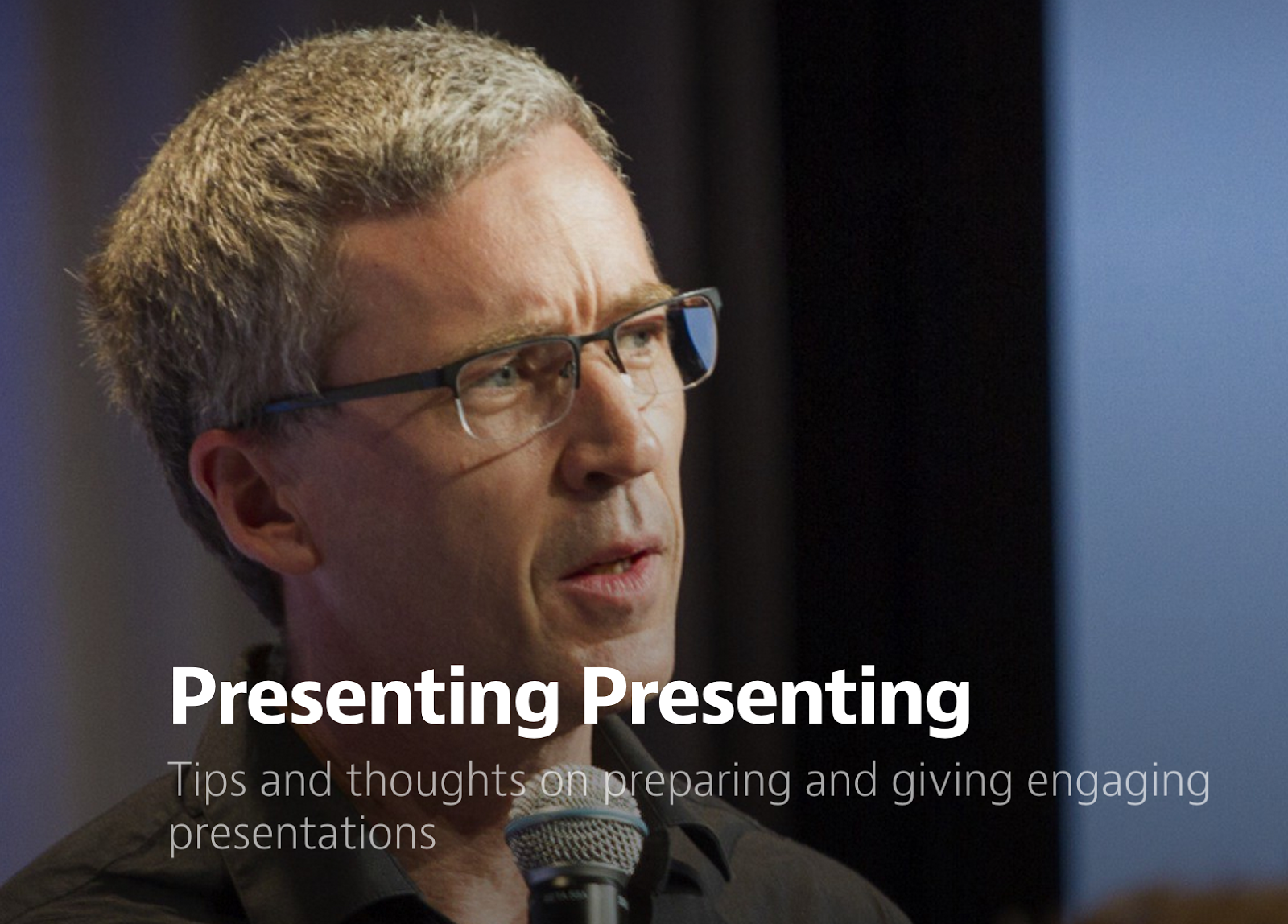 All of the videos have been posted from the various sessions I was in this year. Here they are, along with links to the slides.

A presentation with +Dan Sandler that provides a quick overview of some of the larger features and new APIs in the L Developer Preview release and other new bits in the recent Androidosphere. There's also a really good deep-dive into Notifications, since Dan's the non-local expert on the subject.

This session, presented with +Adam Powell, provides an overview of the engineering side of the Material design system. Many of the other sessions at Google I/O this year discussed the design side; this presentation covers the technical details of the APIs and the capabilities exposed by the framework for Android developers.

I was happy to be joined once again by former Android developer and UI Toolkit team lead +Romain Guy for this talk on some of the new Material design elements in the L Developer Preview release. The idea behind this talk was to go a bit deeper into using and explaining the new APIs, as well as explaining how some of the features, like realtime soft shadows, work.

For slides as well as demo code, check out Romain's blog at curious-creature.org.

This session, organized and moderated by +Reto Meier, I found to be more interesting than other such panels I've seen. Often, these things tend to have a lot of awkward silences as the panelists try to figure out the most interesting way of saying "No comment" since there's a general policy on Android of not talking about future development plans. This time, there was a lot of discussion around how and why some parts of the system work, which I enjoyed as an audience member that just happened to be sitting somewhat closer to the panel.

In an earnest attempt to reach more people (or perhaps a desperate attempt to build up a larger audience) I though it would be good to post this reference to the existing five (5) episodes of the podcast that Tor Norbye and I have been working on for the past several weeks. And by "working on," I mean we get together every 2-4 weeks, sit down with someone interesting on one of the Android development teams and talk about technology and APIs that interest us, and then let someone else figure out the tedious details of actually recording and posting the results. So it's not really work as much as work-related.

The goal of the podcast from the beginning was to have conversations with engineers and teams that listeners might not otherwise know and to talk about details of features and functionality of the Android platform that might not be obvious from simply reading the documentation. Because, hey, who reads the docs anyway, right?

So far we've released five (5!) episodes, although there is a rumor that there is already a sixth (6th!) episode (already recorded!) that is being closely held onto until an undisclosed date (soon!) with a secret person (Dr. Daniel Sandler!) talking about a mysterious project on Android (the System UI!), so who knows where things will go from here? (Maybe to Fresno!)

Since you're probably dying of too-much-text and too-few-links, here is the huge list of episodes so far:

The feed itself is available through Feedburner, and of course the podcast is also in iTunes for those that live their audio lives there.

By the way, if you have suggestions about teams, individuals, or technologies that you would like to hear more about, please leave a comment. We have a pretty much infinite list of people that we're going to try to get onto the show, but we're open to suggestions.

Posted by Chet Haase at 6:14 PM No comments: